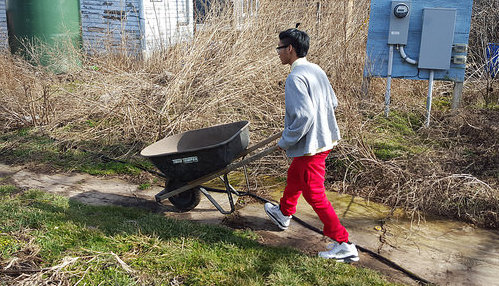 Sustainable farming practices are important to me because I learned how to grow my own food.

My favorite part about being a farmer is eating what I have grown.

Dillon's thoughts from the garden 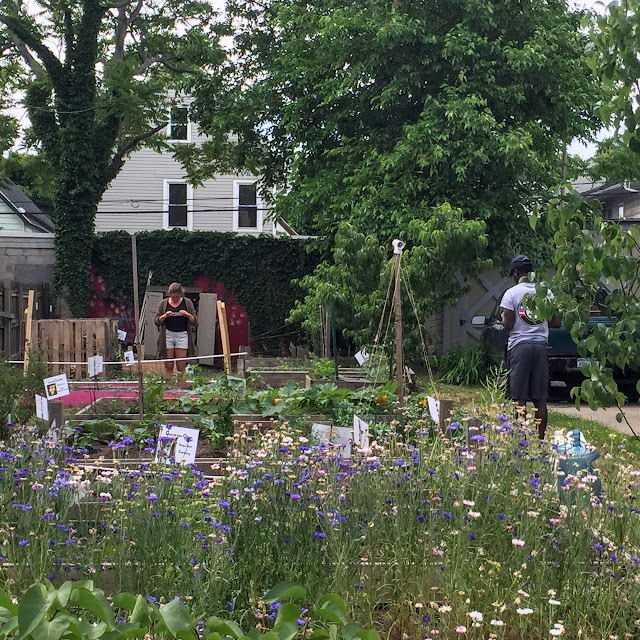 ABLE team leaders taking picture of the garden for the blog. 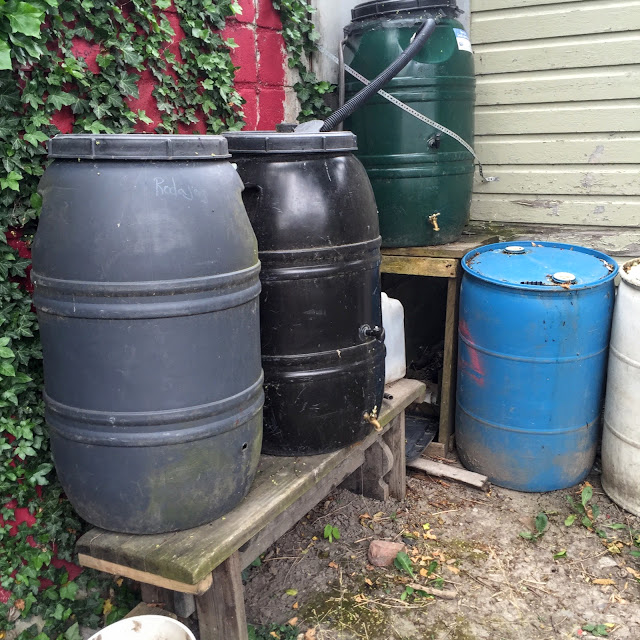 The water barrels we would normally use to water the garden it if had rained. 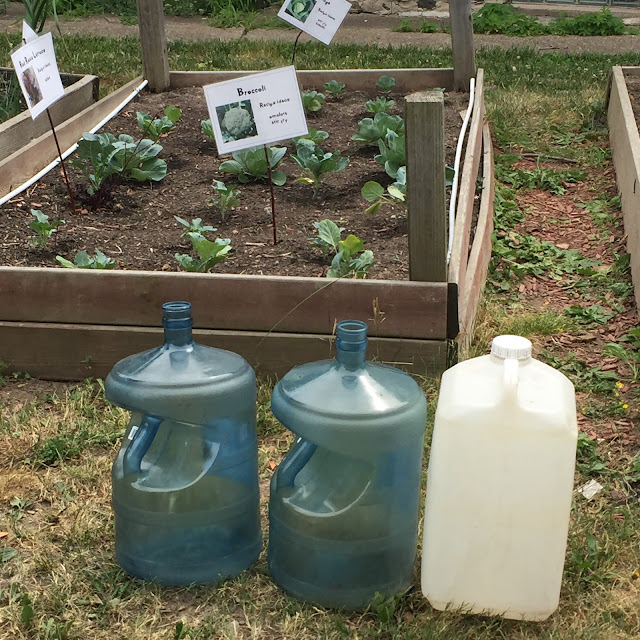 The water jugs used to bring water to the garden everyday. 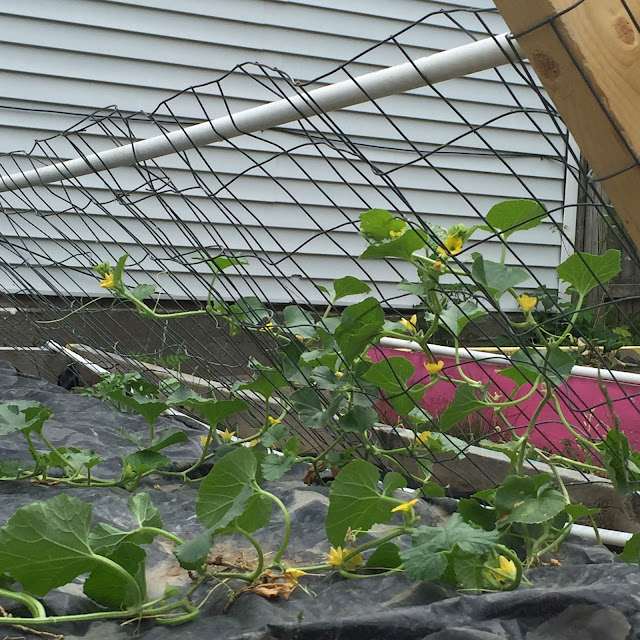 Melon vines climbing up a trellis. 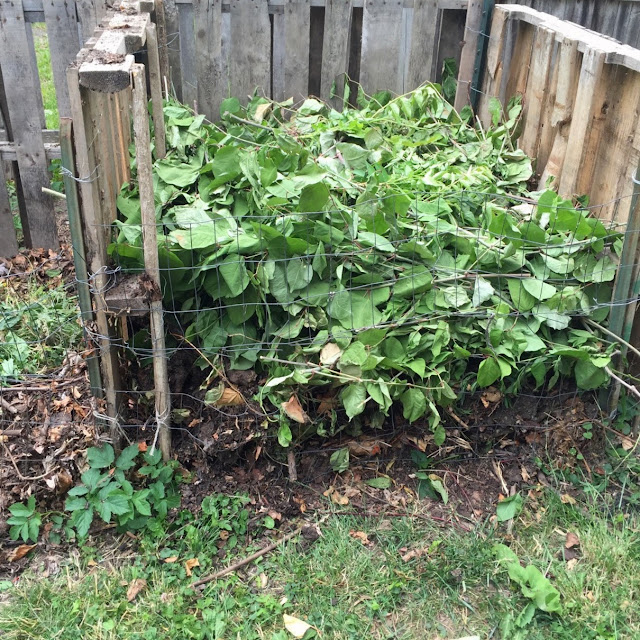 The compost is newly turned and piling up.

Dillon is a MAP youth alum, who has retuned to serve as an Americorp Team leader this summer.

This week's menu - The Inaugural Lunch!

based on this recipe

from the Moosewood Restaurant Cooks for a Crowd

This week's lunch menu - the first summer lunch of 2016 - was developed and cooked by Kerri, and our wonderful ABLE team leaders: Essie, Paulie, Dillon and Becca. 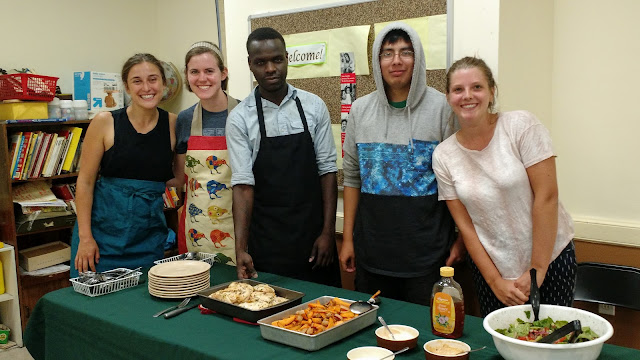 The meal featured lettuce and herbs from the Youth Garden, which were harvest by the team leaders, sweet cherries from the MAP's farm, and tomatoes, onions and sweet potatoes from the Mobile Market. The meal for twelve cost just $4.20 per person to make. 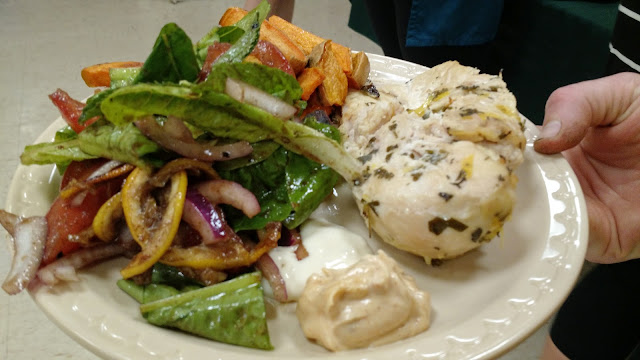 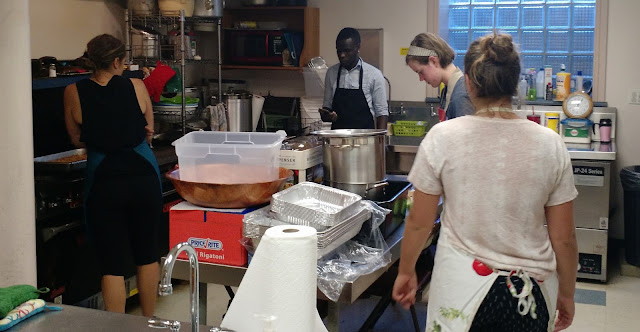 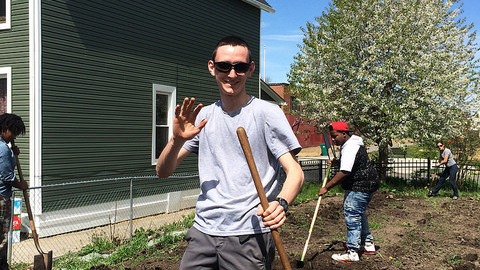 Sustainable farming practices are important to me because they provide us with food while sparing the environment.

My favorite part about being a farmer is working outside.

My Thoughts on Islamophobia After Hearing Omid Safi Speak

By Khadijah H
On April 28th, I went to University of Buffalo to see a Duke University Professor, Omid Safi, talk about Islamophobia. Islamophobia is the hate against Islam or Muslims. He discussed many topics about Islamophobia but my favorite was when he talked about how Islam itself is a religion of peace and there are absolutely no exceptions for murders.

The professor spoke about how it is so easy for the world to look at a Muslim as a terrorist because of a certain group that claims to be Muslim, but if a white man was to kill there always seems to be a reason to back up his act. The professor spoke about act of terror that happened couple years ago at Sandy Hook Elementary School in Connecticut and how they claimed the shooter had mental illness. If a Muslim who killed those children they’d say he’s a terrorist and just stop the investigation there.

The professor suggested that if America is really concerned who would commit terrorist acts on them, they should fear white men. He stated that white males between the age group of 18-28 years old are most likely the ones to go into a school and kill our kids and even get away with it or serve not as much time compared to what a person of color would serve in prison for the same charges. The professor said the reason why he stated that is because the majority of licensed gun owners in the U.S. are white males bin that age group, according to research. He also said that the younger you are, the less you use your mind and shouldn't be trusted with big responsibilities like owning a gun.

I cannot imagine being one of the only Muslims that goes to such a huge University like Duke and I cannot imagine those students being a family member of mine. It’s hard to face the fact that certain stuff that goes on in today world is real.

The professor said that when people judge and look at us Muslims as terrorists, they don’t realize how wrong it is. To call a Muslim a terrorist is harsh because terrorism is one of the top reasons why most Muslim foreigners run away from our native homes. We fear terrorists just as much as anyone else but not everyone seems to understand that. Although it’s just a fact everyone should accept.

Being a Muslim American student, I agree with the professor. I believe is hard to understand something you never faced yourself so I don’t think too many people who look at us like terrorists understand. It’s not easy to wake up every day worrying about what a anti-Muslim will do to you just because you are who you are. Not too many people understand that you can’t judge a whole group based on one person’s act. Even fewer people understand that we Muslims do not even accept those who claim Islam and kill innocents, as our brother or sister. I think it’s easy to point fingers when things go wrong, just so you can have someone to blame, but I wonder if they ever thought about the fact that we moved here because of how we were getting treated and watching some of our family members get slaughtered and murdered right in front of our eyes. So what makes anyone think we would do to others what we’ve run away from?
on Tuesday, June 21, 2016 1 comment:
Email ThisBlogThis!Share to TwitterShare to FacebookShare to Pinterest
Labels: Khadijah H, New Americans

Hello, my name is Levi. I am 17 years old. I have been farming for 3 years

Sustainable farming practices are important to me because it helps give back to the environment. 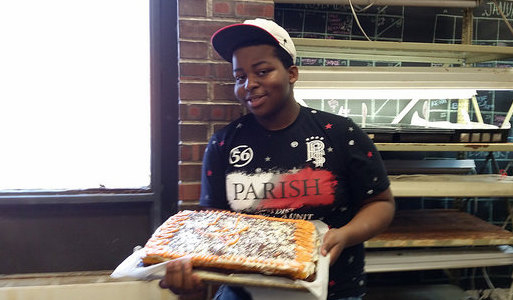 My favorite part about being a farmer is knowing where food comes from.

» Continue reading »
on Thursday, June 16, 2016 No comments:
Email ThisBlogThis!Share to TwitterShare to FacebookShare to Pinterest
Labels: #MAPYouth, Levi B, Meet a Farmer 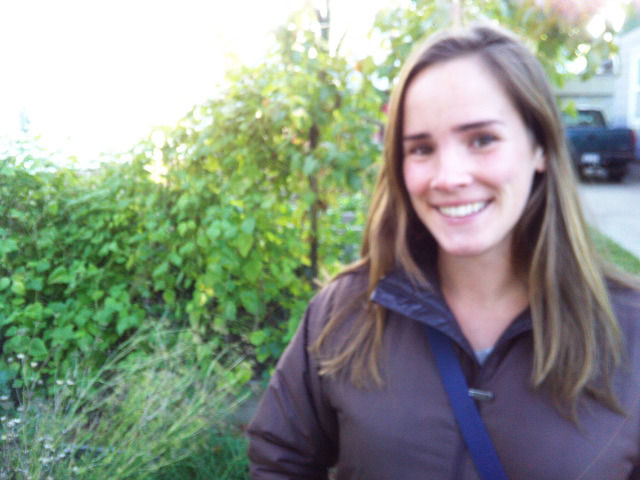 Hello, my name is Claire. I've been the Farm Education coordinator here at MAP for one year.

Sustainable farming practices are important to me because I care about the health of our whole ecosystem.

My favorite part about being a farmer is seeing plants grow and then eating them!

My plant superhero is Taylor Johnston, Manager of the Gardens and Greenhouses at the Isabella Stewart Gardener Museum in Boston, Mass.

Planting the three sisters in the Youth Garden 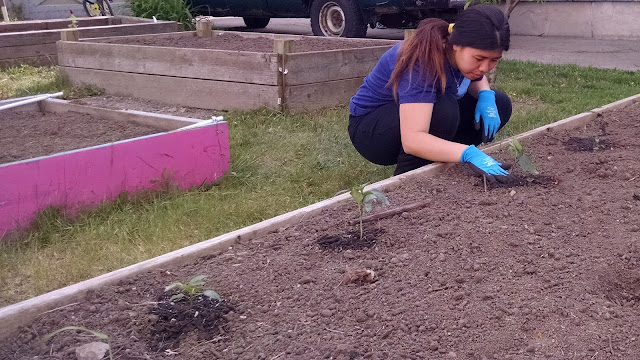 By Say Ra and Eh Soe 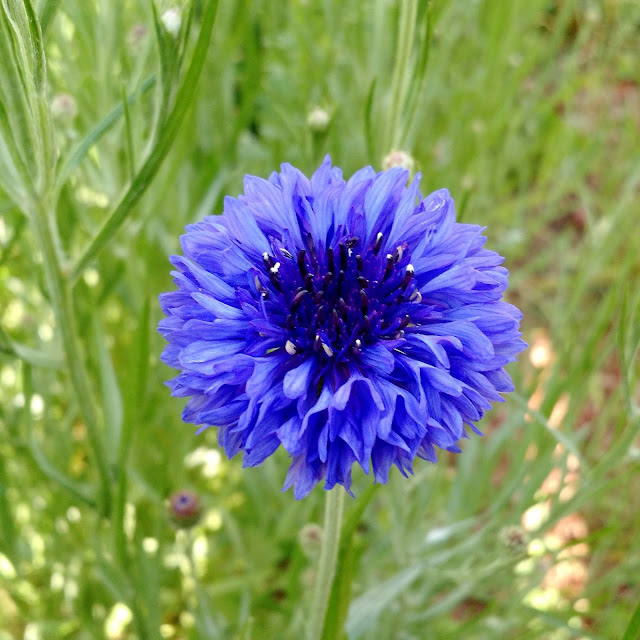 During the month of May we planted the garden with over forty crops! The past few weeks have been hot and dry, so we have spent a lot of time watering our transplanted crops like pumpkins, and peppers. Spring bulbs have finished blooming, and now cornflowers (also known as bachelors buttons), daisies, and chive flowers light up the garden.
» Continue reading »
on Thursday, June 02, 2016 No comments:
Email ThisBlogThis!Share to TwitterShare to FacebookShare to Pinterest
Labels: Da Garden, What's Growing, Youth Garden
Newer Posts Older Posts Home
Subscribe to: Posts (Atom)