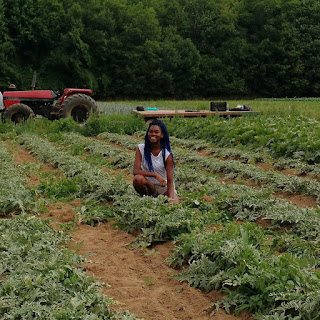 This past fall I took a trip to Connecticut with MAP in order to attend a NESAWG gathering. Although I had never heard of NESAWG, before I truly enjoyed the workshops. In the beginning of the trip MAP and I sat in on a people of color safe space. I learned a lot by gathering with other people of color working in food justice. One of the main things I learned was how food connects to social justice. Although, I was aware of the connection before I saw more parallels through food in the prison system and the Flint water crisis.

The first official workshop I attended was for youth, and it was nice to see and learn about all the other young people involved in food justice all over the country. I also attended a workshop in which we discussed white privilege. This workshop was centered for white people, however, people of color could also join. The person leading the workshop explained how he got involved with social justice, and how more white people could also get involved. However, before explaining different ways of helping, he explained exactly what white privilege, how white people can deal with it, and how it overall hinders white people. This workshop was very intense and emotional, but I learned so much from it. I was aware of white privilege before, but I understood it much better afterwards.

I also attention a workshop specifically for millennials, and we discussed Trump’s election win. At the time, Trump was elected about two days before, so the room was intense. People were angry, and it was great as well as heartbreaking to hear people’s perspective on him being our new President. It was also nice to hear from more rural farmers in this workshop, as I never hear their perspective in general.

I had a great time when visiting NYFJN in New York City. MAP and I met up with people from NYFJN in order to plan our participation in the Climate March in D.C. which happened this past April. We all sat at a big round table and thought about: how food justice connected to climate justice, why the connection is needed, and how we can help to do that work. Afterwards we explored The High Line to learn about how the park started and the work that goes into maintaining it.

In New York we also did a separate task of meeting with a funder of MAP. In the meeting some MAP youth and I explained the work that we do and how we feel about it. The funder was very helpful and told of us another organization that MAP could possibly partner with. We also discussed our random political views, which he was pretty happy to know about. Overall, I thought the meeting was fun, it felt very professional to have a meeting in high rise building.
on Wednesday, June 28, 2017 No comments:
Email ThisBlogThis!Share to TwitterShare to FacebookShare to Pinterest
Labels: #MAPYouth, Alexis S, NESAWG, NYC 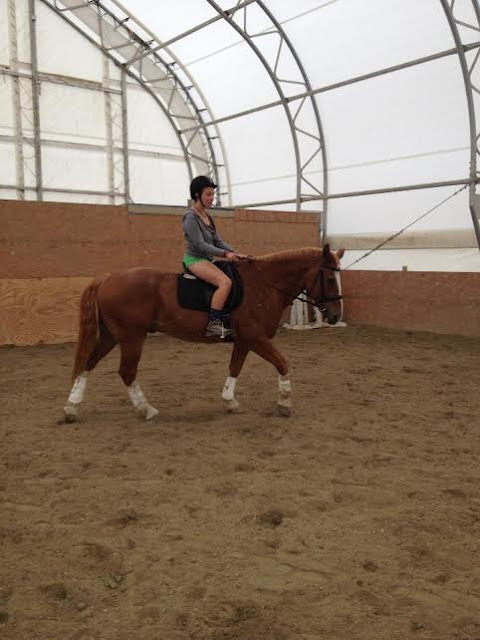 My name is Marissa Beinhauer and I am very happy to have landed a position as Research Coordinator here at MAP. I am a senior at UB and will hopefully graduate in the winter with a degree in English and Environmental Studies. I had been hoping to join MAP for a few years now and, with my schedule free this summer, I finally had an opportunity to do so. As a vegan and a Buffalo community member, food insecurity and problems with the local economy are issues that I feel drawn to help address. MAP gives me an opportunity to get my foot in the door with local food systems, which I am very grateful for, and a way to begin learning how to address these complex issues. I am hoping to learn, contribute, work hard and have fun here at MAP!
on Tuesday, June 27, 2017 No comments:
Email ThisBlogThis!Share to TwitterShare to FacebookShare to Pinterest
Labels: biographies, Good Food Purchasing Program, Marissa B 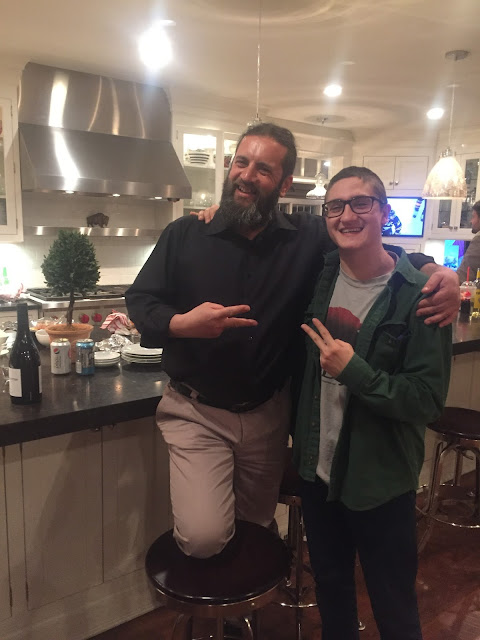 Hi my name is Girard and I'm twenty years old. I identify as a male. I cannot wait to get into things here at MAP. I never thought I would be given such a great opportunity to help the city of Buffalo while learning about urban agriculture and new found ways of conservationism within a city landscape. As more people begin to aid in Buffalo's resurgence there will be a greater impact upon our surrounding environment.

One of my main jobs this summer is to develop a research plan for the Good Food Purchasing Program (GFPP) and its five values which are: (1) a valued work force, (2) animal welfare, (3) nutrition, (4) environmental sustainability, (5) and supporting local economies. I am ready to put my heart and mind to work because protecting our environment while supporting the Buffalo community and economy is my passion. I like to say that in order to have a thriving economy there must be an equally thriving environment to support it. I am eager to see what this summer holds in terms of meeting new people and helping MAP with anything possible.
on Friday, June 23, 2017 No comments:
Email ThisBlogThis!Share to TwitterShare to FacebookShare to Pinterest
Labels: biographies, Girard M, Good Food Purchasing Program 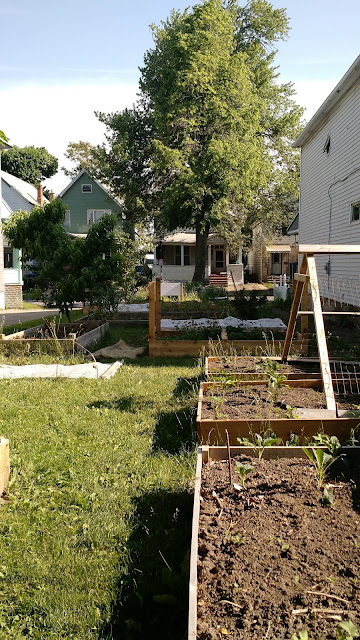 Spring rain in May and now warm weather in June has MAP youth garden bursting with growth. 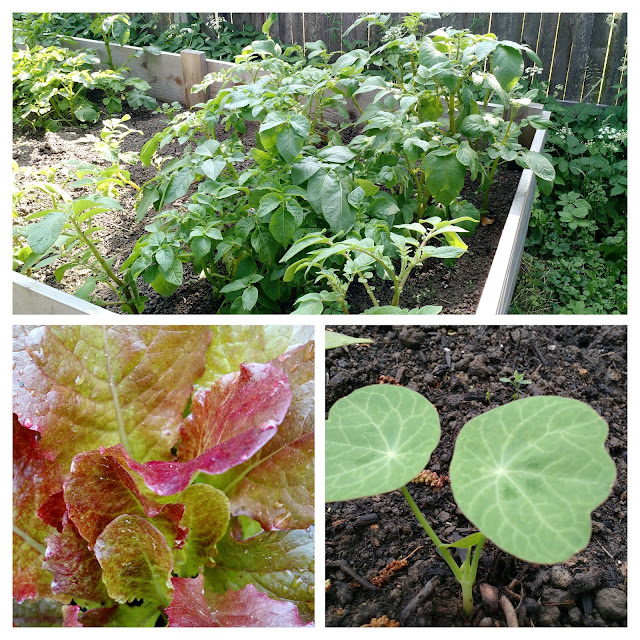 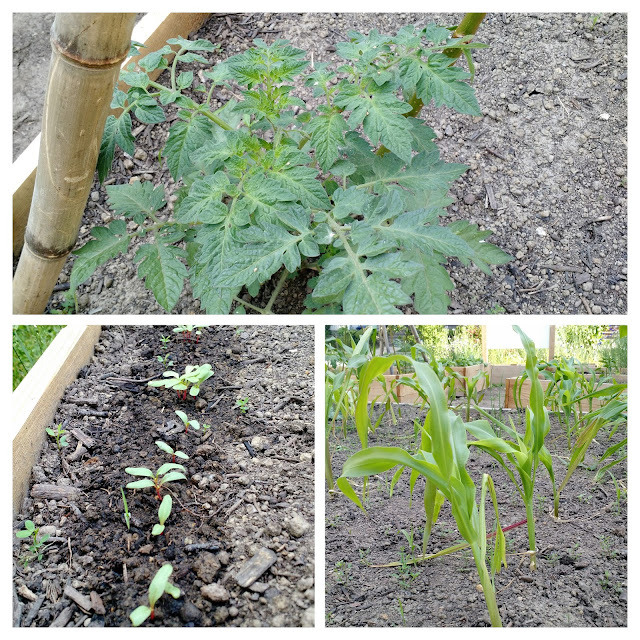 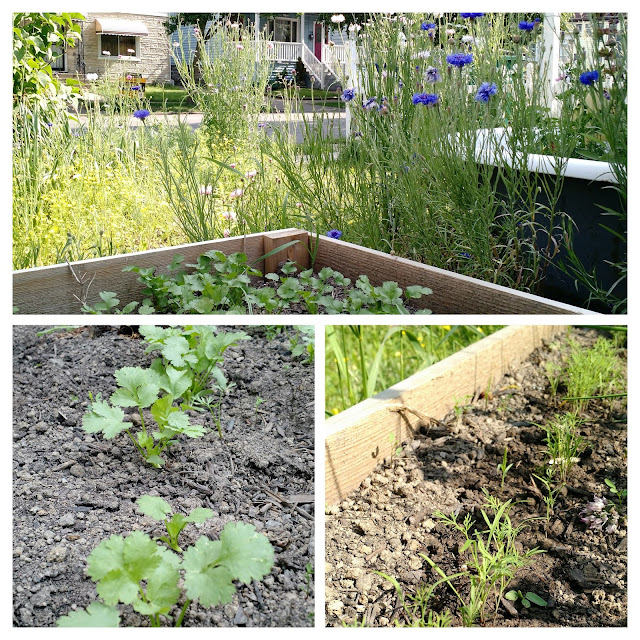