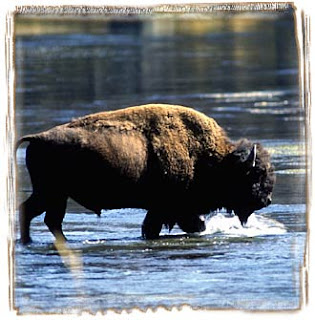 Hey what's up guys. It's Carisma again. How have you all been since my last post? We all have been fine here at Growing Green. In fact we just went to a party last night. We went to the Buy Buffalo Bash . It wasn't exactly a party, but it was fun. there is music, food and drinks. The food was donated by all of the vendors who are part of the Buffalo First Organization. Ryan Johnnie donated a bunch of local made sodas. They even came in old fashioned bottles. The great thing about the Buy Buffalo Bash is it starts off Buy Buffalo Week, which is a week dedicated to getting people to buy locally in Buffalo, the Buy Buffalo Bash kicks everything off with a bang. Once a year people get together and plan this event. This year I got to be on channel four news too. The food was great. I only got to try some of it, but from what I tried it was delicious. I most liked the chicken wings and the chili. I really enjoyed myself and can't wait for next year. Next year I hope it will be as fun as it was this year, I also hope whoever brought the chicken wings and the pop come back.
well this is Carisma saying,
TTFN
on Thursday, November 15, 2007 No comments:
Email ThisBlogThis!Share to TwitterShare to FacebookShare to Pinterest
WATS up this is Ashley and Sarah sitting at the computer writing this blog we are getting ready for the BUY BUFFALO BASH the group is teaching are new Friend, a new worker to the group we have had to let are old friend Jon go cause he never comes to work so stay strong Jon you'll make it. well talk to you later to tell you what went on with the bash have fun see you later
on Tuesday, November 13, 2007 No comments:
Email ThisBlogThis!Share to TwitterShare to FacebookShare to Pinterest
Hey what's up you fellow bloggers. It's me Carisma. As you probably know we recently just lost one of our youth coordinators. Right now we are in the process of finding a replacement for the peer education group. Although we know there is no one who can actually take the place of Jason. We just had some interviews with some prospects this week. I did not go to all of the interviews, but I will tell you about the one I did go to. The one I did go to was fun. We interviewed Jessie. He did some activities with us and then we got to ask him some questions. One of the activities he did with us was working together to form a picture. The way the activity worked was, one person would pose doing something and then more people would come and add to the picture, pretty soon it was a mass of people all standing around like a sculpture. Next someone would say freeze and then people would try to analyze what was going on in the picture. One picture we created someone was being attacked by a group of people. I of course was one of the people trying to help the person that was being attacked. The activity was to help people understand the power body language has.
After the activities we asked him some really challenging questions, and yes even us kids got to ask some questions. In my opinion he answered all of the questions to the best of his ability, and that is enough for me. I like Jessie, and I think he would make a nice addition to the growing green family. He will never be a Jason, but now we can say we have our own Jessie.
on Friday, November 02, 2007 No comments:
Email ThisBlogThis!Share to TwitterShare to FacebookShare to Pinterest
Newer Posts Older Posts Home
Subscribe to: Posts (Atom)